That is how I took ownership of a somewhat beat up Cannondale 3.0 frame and fork.  No sooner did it hit my basement shop than it had no paint and the headset was gone.  After a quick sanding it then got a coat of gray primer.  It was then decided that the primer would be the last coat (I’m too cheap to buy more paint).  The mission now was to make the bike into a single speed with the least money spent on parts.  A Surly singleator and some spare fixy wheels got the bike to roll.  A salvaged stem and headset let it turn.  An old front caliper let it stop.  A trip to a LBS for a bar and grips would lead to some interesting design ideas.  After finding some lock-on grips with a faux wood grain pattern there was no stopping what parts would be made out of wood for the bike. 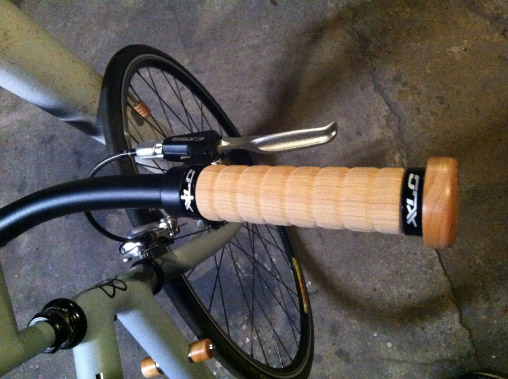 Maple end caps for the bars were spun on the lathe. 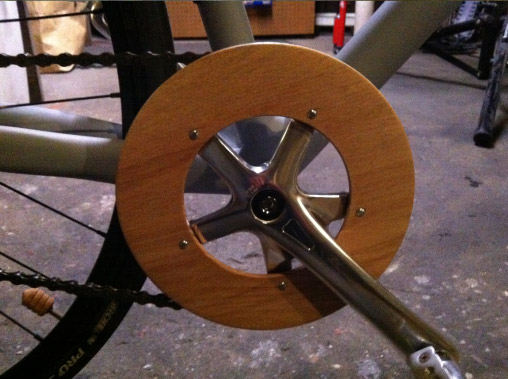 An oak chain ring guard also from the lathe. 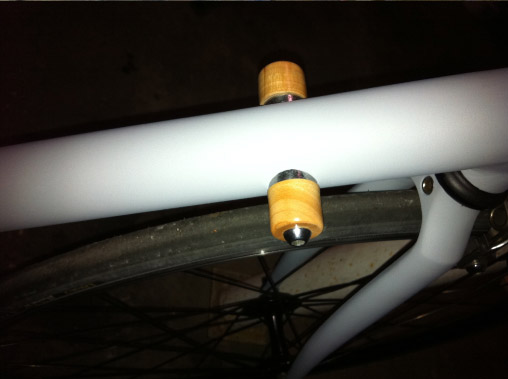 Maple caps for where the down-tube shifters used to be. 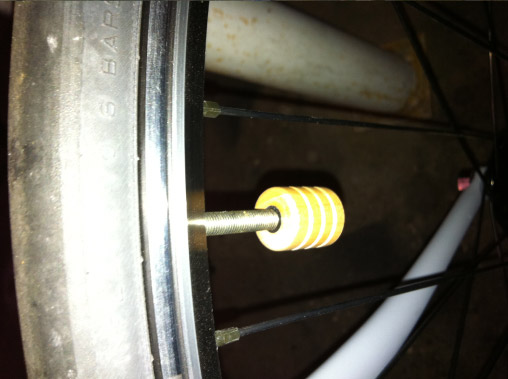 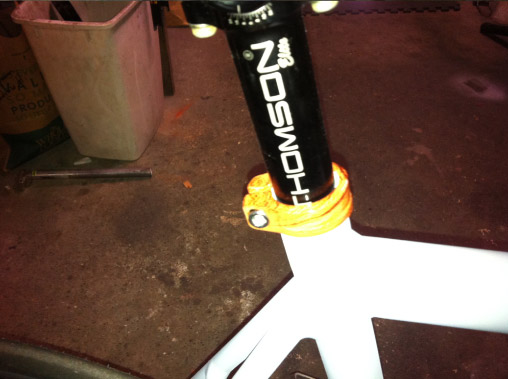 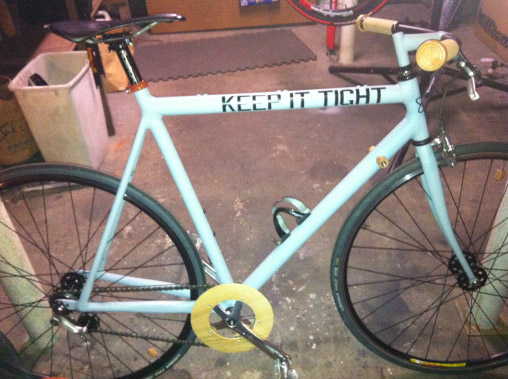 More wood parts are in the works. Plans are for there to be a wooden bottle cage/storage bin. Also, pedal flats to replace the metal cages on the flat pedals. A saddle would be nice but may be more of a design issue than I want to take on. A nice leather saddle might complete the look. There might also be a small wooden fender added to the rear brake bridge. There are also plans to do another bike with a different theme but still representin’ KIT!